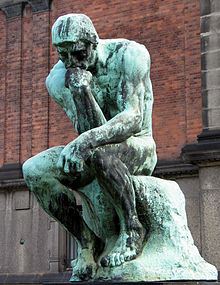 one of the sculptures

Sculpture is a branch of art whose work is three-dimensional. Usually created by sculpting, modeling (eg with clay) or casting (with a mold). Along with the development of modern sculpture, the works of sculpture are becoming more diverse, regardless of the shapes and materials and techniques used, in line with technological developments and the discovery of new materials.

Various types of statues are found in different regions of Asia, usually influenced by Hinduism and Buddhism. Most of Cambodia’s Hindu statues are preserved at Angkor, but the organized looting that took place had a major impact on many of the country’s heritage sites. See also Angkor Wat. In Thailand, most statues are devoted to Buddha figures. In Indonesia, Hindu-influenced statues can be found at the Prambanan Temple site and various places on the island of Bali. While the influence of Buddhism is found at the Borobudur Temple site.

In India, sculpture was first discovered in the Indus Valley civilization (3300-1700) BC. This is one of the earliest examples of sculpture in nature. Later, after Hinduism, Buddhism and Jainism developed further and further, India made copper statues and stone carvings of great complexity, such as those found in the decorations of Hindu, Jain and Buddhist temples.